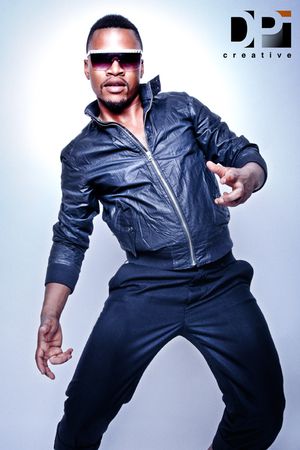 GUEPSY LUMEMO so fresh Congo Kinshasa born Guepsy Lumemo is a diversely talented singer, songwriter and composer. Raised within a family of 2 brothers and 3 sisters, the infatuation with the mystical world of music began when Guepsy was very young. During his formative years, he mastered the art of playing the tamtam, the guitar, the piano and the drums. Ready to share his love of music with others, at the age of 10, it was in the church as a member of the group named, Coral Arch that he publicly began playing the tamtam for the congregation. Guepsy had discovered his passion. Adamant about pursuing his love, Guepsy goes on to form his first group, Winner’s Music. Although proud of his accomplishment, his aspirations are set on larger successes. His talents and drive do not go unnoticed as he is recruited by a group of Congolese musicians called, Wearason. Guepsy spends three years with Wearason, honing his craft of singing and songwriting and building on his reputation as an entertainer. He was often compared to Didier Lacost, an older singer from the Wearason group, which was indeed, an honor. Guepsy’s celebrity as an entertainer began to rise and his talents acknowledged and revered within the African community. Still, he yearned to be known as an international artist around the globe amongst other artists and listeners alike. In search of fame, Guepsy leaves his homeland for New York City. Arriving in 2012 in search of musical connections to aid in elevating his career, Guepsy promotes himself by appearing in an abundance of shows alongside friends. His traditional styles and sounds of Rhumba, Ndombolo and Pop music, were now intermixed with the sounds of R. Kelly, Whitney Houston and Michael Jackson. A fateful introduction to the son of popular Soukous recording artist, Pepe Ndombe, Jezine Ndombe Olondo, infamous songwriter and manager for underground R&B, Pop and Hip Hop artists was the perfect pairing of two talents. Guepsy and Jezine shared a vision with like goals and a great understanding of what they wanted to accomplish…success! After just one week of working alongside Jezine, Guepsy Lumemo released his first U.S. single, “Where You From?” After acquiring a resounding positive response to Guepsy’s new updated sound, the decision was made to begin working on Guepsy Lumemo’s first U.S. EP.