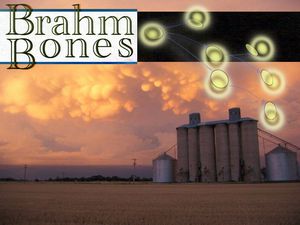 Brahm Bones was formed in Tampa, FL originally as a recording project at Steve Seachrist's studio. Blake Masters previously of The Rubes, recruited Kieth Bartlett of Magadog and The Unrequited Loves, to play bass. In turn, in May of 2007, he recruited drummer Paul Moroz, previously of The Pagan Saints as well as well as David Kibby former Coma Girl guitarist. It seemed to stick. Recently Keith has been broadening his horizons in the big apple and Patrick Brooks has stepped in on bass and Matt E. Lee of Poetry In Lotion now plays the keys. Three years later, still going strong. Enjoy it. DK